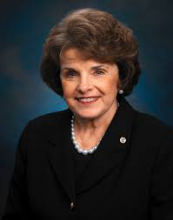 Dianne Feinstein is the current U.S. Senator from California and is seeking re-election this year. She was first elected in 1992. Feinstein confirmed on October 9, 2017 that she would seek a sixth term in office.