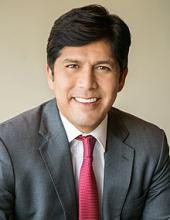 De León's professional experience includes working as a senior associate with the National Education Association and working for the One Stop Immigration & Educational Center. He is a member of the Alliance for a Better California and the California Teachers Association.

Add this button to your website with the embed code below!